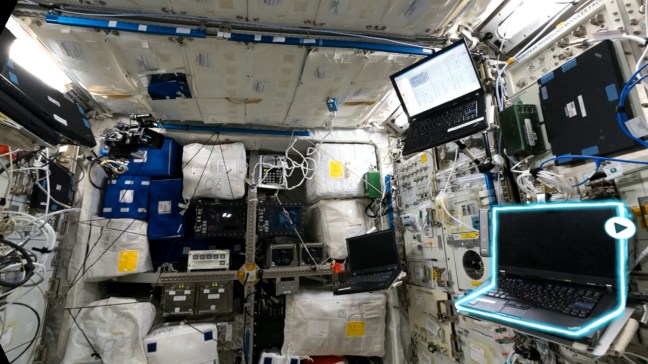 I’ve heard that being in VR resembles being in a dream, but what if your dreams come to resemble VR?

Attempts to answer the question, “What is VR?” almost always include a comparison to dreams. “Shared lucid dreaming,” is Jaron Lanier’s phrase. Long before Lanier, questions about cyborg reality and dreams occurred to Philip K Dick, in the title of the novel that inspired Blade Runner: Do Androids Dream of Electronic Sheep? Films like The Matrix and Total Recall (the latter loosely based on another Dick story) raise questions of the relationship between consciousness and being awake/asleep to reality.

In these blog entries, I’m intending to report on my social experiences in VR, so I didn’t expect to be writing about a dream. But I’d only owned my Oculus Quest for a week before the two intersected.

One of the first apps I downloaded was the International Space Station Tour. It’s free and is just what it sounds like: a VR experience contained within the ISS.  You can explore every inch of it, interacting with a variety of objects and controls.  There’s a “Missions” section for game play, but I never even got that far. 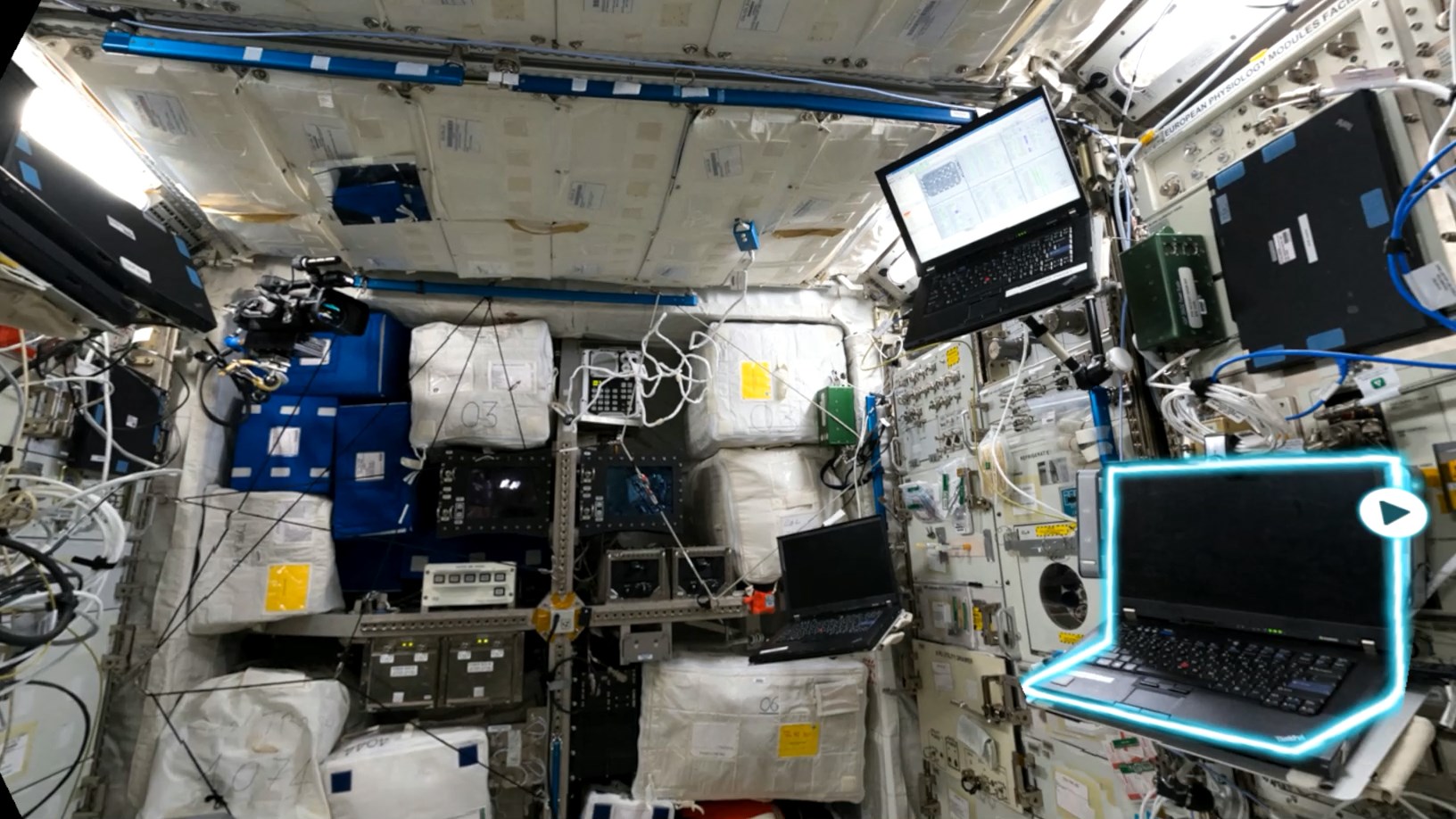 Beyond the wonder of being able to explore something like a space station, the most remarkable part of the experience is the movement. To me, zero gravity itself didn’t feel too different—there are plenty of games that allow you to float through space, directed by keystroke or a controller (though I confess to being startled at one point when I looked down and saw nothing under my feet). What did feel remarkable was the way you could control your movement by reaching out and grabbing things in the station, including bars bolted to the walls for this purpose. If you’re floating by a bar and grab it, you halt your momentum and then can move yourself in any direction by pushing off and letting go. There’s something satisfyingly real about these movements.  You feel like you’re negotiating a new relationship to moving yourself through space.

The most extraordinary part, though, happened a few nights later, when I had a dream in which I was moving like I had been in the ISS in VR. It’s remarkable because in 50 years of dreaming, I’ve moved through space in my dreams in a wide variety of ways: ranging from the normal (walking; running; swimming), to the abnormal (running but not making any progress; falling from great heights), and all the way to the impossible (flying, floating). But I’ve never moved through space the way I did in this dream.

Of course, my dreaming imagination has invented ways of moving that I’ve never experienced before (e.g., flight), but prior to having the experience in VR, it never occurred to my dreaming imagination to invent a way of moving like the one I experienced in ISS VR. In this way, my dreams are now part VR, and technology has come to be inside my mind in yet another way.  Moving has always involved a complex coming together of sense data, proprioception and learned behavior, and the many neural processes that bind it together. But in just offering the data available in a headset, VR altered the deeper processes in my mind as well. My dream was my mind’s way of exploring a newfound capability that it discovered inside a VR headset.  In its own way, my dreaming imagination itself carried an experience from the headset inside my sleeping self, while the headset itself was charging in the other room.