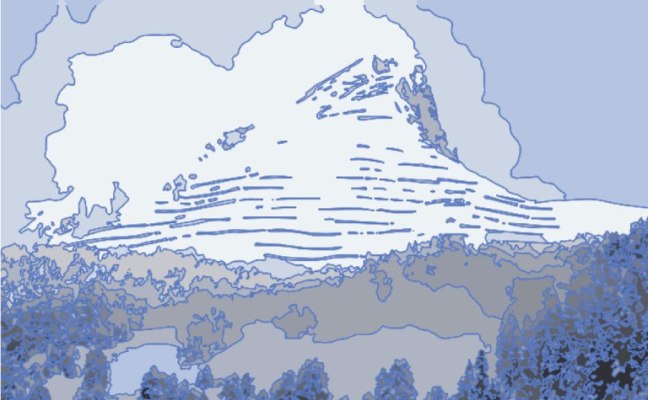 At first glance, the relevance of a psychoanalysis to organizational dynamics might seem to diminish as technologies replace humans in those dynamics.  Processes are automated; projects are tracked in apps; activity is measured with wearables; ROI is calculated by CRM’s; forms autofill, paychecks direct deposit, and many of us go weeks without seeing our colleagues in person.   Removing the human from the equation would seem to remove all interpersonal dynamics, both conscious and unconscious.  Even as we acclimate to machines that learn a lot about us–Grandmaster-beating, restaurant-suggesting, search-autocompleting, date-matching machines– we don’t really think of them as participating in even the most basic of humanity’s inter- and intra-psychic dynamics.

Moreover, it’s not simply that organizational life is increasingly mediated by–and embedded in–technology; it’s also that the world of technology has brought its own paradigm to organizational dynamics like management, finance, hierarchies, and business models.  The implicit values of this paradigm seem antithetical to psychoanalysis.  Psychoanalysis is old school, with couches and hand-written notes; it’s insistently local and non-scalable, not to mention super slow, working towards uncertain outcomes over no set time period.

And even when you have them, psychoanalytic insights can increase complexity instead of reducing it, and just might lead you to question what we’re doing in the first place.  Today’s fast companies, venture-funded startups, unicorn wannabe’s and platform plays, on the other hand, need data, not insights.  They feed on zeroes and ones that they can turn into value.  They scale and accelerate, or die.  And those who shape the tech world—engineers, developers, technologists—don’t seem like the psychoanalytic types, either.  Rather, they’re assumed to prefer widgets to people and algorithms to psychodynamics.  And they’re definitely better known for artificial intelligence than emotional intelligence

At a deeper level, perhaps we see a natural kinship between the idea of programming itself and more behavioral approaches to psychology.  There’s an intuitive analogy between stimulus-response, input-output that shapes the way our technologies work—and the ways we work with technology.  The pioneering Silicon Valley thinker Genevieve Bell writes [full transcript]:

Artificial intelligence emerged…with a strong focus on modelling machines after humans. It relied on the work of American behaviouralist and psychologist B.F. Skinner with his relentless quantification of our humanness, which he believed arose in response to external stimuli. Unsurprisingly for his time, he viewed people as mechanistic systems, reducible to electrical impulses and operant conditioning. This matters, because the notion of the human that Skinner theorised still pervades AI today. Replace stimuli with data, and you see the same frame. AI is, at one level, just data in, and data out – measurable and mechanistic. Just as Skinner rejected Freud and Jung and their messy human scale, AI now reduces us to a tidy set of knowable data.

Today’s thinkers have (mostly) advanced beyond Skinner’s rationalism.  Indeed, it’s quite popular these days to consider our irrationality and biases.  In spite of this, we’re still far from Bell’s (or Freud’s and Jung’s) “messy human scale.”  In today’s tech and business literature, the root causes of human messiness are still mechanistic: evolutionary psychology, neurobiology, or culturally-conditioned cognition. There’s a thriving industry of researchers, writers and consultants who point out the way human foibles corrupt information or draw incorrect conclusions.  Theorists describe things like our implicit biases, our “predictable irrationality” (Ariely), and our misapplication of statistical and probabilistic models (Michael Lewis’ The Undoing Project ; Daniel Kahneman’s Thinking, Fast and Slow.)

In these mechanistic models of human cognition, human messiness is the product of bugs in human programming; legacies of evolutionary biology; or quirks of neuropsychology.  Seen in this way, human cognition needs a good debugging, or new scripts to overwrite old behaviors (see, for example, Nudge).  We’re still a processing machines, where input produce outputs.

What psychoanalysis offers is a theory adequate to the “messy human scale.”  It makes no claim to clean up the messiness, but only to offer insight and a way to engage ourselves and each other, so that we’re less helpless and more honest in our messiness.   This might seem like the sort of insight that no one wants, least of all today’s CyborgOrgs, but I recently read two reports that suggests the opposite.  The first comes from Gianpiero Petriglieri, the Italian author and INSEAD professor.  While not unequivocally embracing psychoanalysis (the title of his article telegraphs his concern – “Psychoanalyzing the Worlds Problems Won’t Help Us Solve Them.”), Petriglieri finds that systems psychodynamics offers a theory of action to compliment psychoanalytic insight.  Writing in the Harvard Business Reviewabout 2017’s World Economic Forum, he observes

“The spirit of the Viennese forefather of psychology infused the Davos air.  One could not attend a panel or have a conversation without encountering classic psychoanalytic ideas.”

gained their insights from personally engaging with such systems, not from maintaining a scholarly or clinical remove. They proudly called this “action research” to distinguish it from the more contemplative kind.

Systems psychodynamic theories are as subversive in intent as clinical psychoanalysis, in that they seek to free up human potential by upending a constricting status quo. But they suggest that social activism, not just compassionate interpretation, is called for when the source of our torment is the social systems around us, rather than those in our past.

I find this a powerful reminder and return to it often.  It’s among the best descriptions of this sort of work that I’ve read.

Indeed, the intellectual, organizational and political vitality of this sort of work was on display at the Tavistock Institute during last October’s 70th Anniversary Celebration.  Action research–coupled with psychoanalytic insights, socio-technical systems–powered the creativity and impact of the Tavistock Institute throughout the middle of the last century (I describe here, here and here.)

The question remains, however, how systems psychodynamics works in the contemporary CyborgOrg?  What does it say about the contemporary experience of organizational life?  In part two of this blog entry, I’ll take the recent experience of a leading consultant as a point of departure for what is unique about psychoanalytic insight and the need for systems psychodynamics to maintain the human–and the humanity–at a high tech giant.