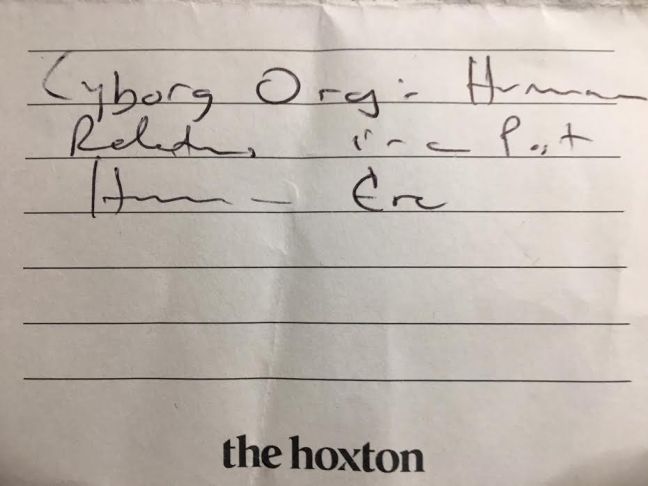 The idea for this blog came to me at the end of a long day in London.  I was there for the to celebrate the 70th Anniversary of the Tavistock Institute for Human Relations (T.I.H.R., aka the Tavi).  By the time I had returned to my tiny hotel room that night, after the day-long symposium and a gala celebration, I was thrilled by what I’d seen and learned.  I can’t remember the train of thought that led to this blog’s title, but I found this on my desk the next morning, and figured I was on to something good. 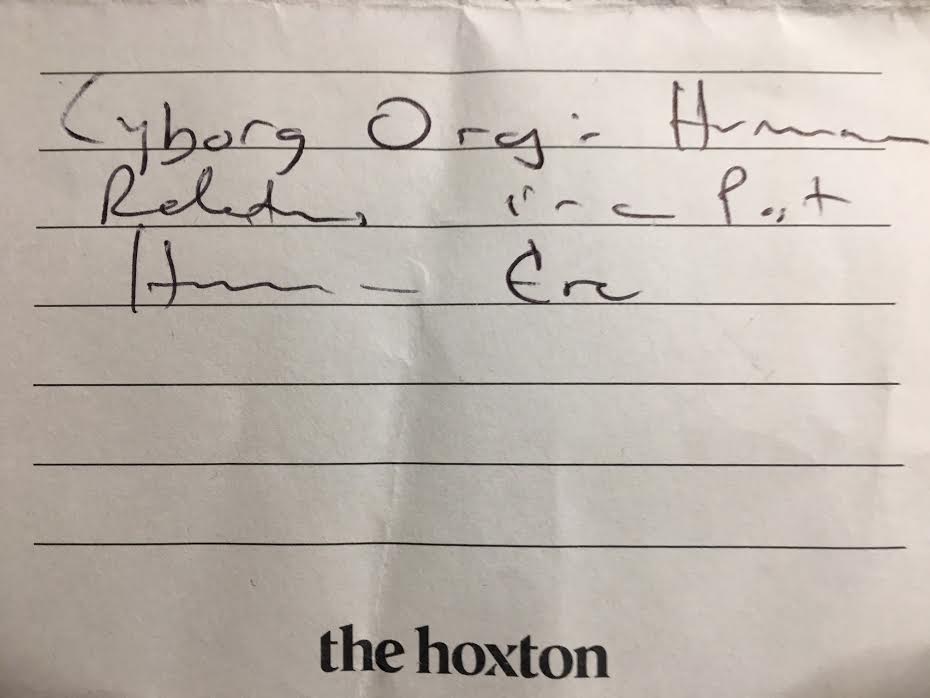 You see, we had gathered from all around the world to fete the origin of the work that had come into being with the Tavistock—a tradition of bringing psychoanalysis and open systems theory to bear on social systems in crisis, ranging from the British Army during World War II to industrial factories in an era of rapid automation. The richness of it all exceeded my wildest expectations. The people, artifacts, research, and experiences fleshed out a history I had been only vaguely aware of.  I heard first hand about the rich tradition of embedding action researchers in mines, on ships, and in factories.  Others offered accounts of the impact that socio-technical analysis had had in these environments: simultaneously offering unprecedented autonomy and empowerment to employees and driving improved organizational performance in the shadow of unprecedented economic pressures and technological change.

In all this, I sensed the origin of so much of what we take for granted today: the birth of OD consulting; the study of things like leadership and change management; and the flattened org charts and empowered employees of today’s corporations.  There was nothing about the state of organizational thinking in the 30s that foretold these developments.  In fact, it could be legitimately argued that without Tavistock, the entire history of how we think about organizational life might be quite different (and dominated by Taylorist and Fordist paradigms, maximizing efficiency, dehumanizing workers).

Yet far from being grandiose, each speaker echoed what their leader, the late Eric Trist, told anyone who would listen:

“I often used to be told that I invented socio-technical systems.  I said that was not so.  I had found them, down a coal mine.  Being developed by the people who were doing them.”
— interview, available on YouTube: An Interview With Eric Trist 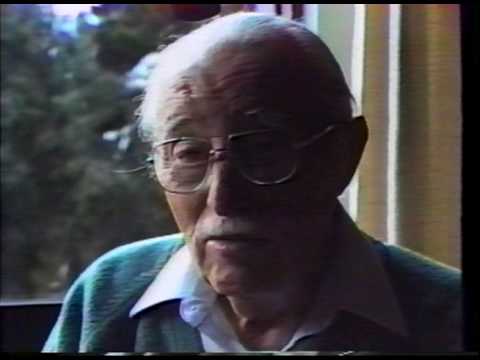 The Tavi researchers were not the pioneers, the workers were.  Tavi ethnographers, sociologists and psychoanalysts simply embedded themselves at the intersection of technical systems and human systems, and followed action research pioneers like Kurt Lewin to release the know-how and resourcefulness that already lived within the system.  In describing what they saw, however, they could facilitate the systematic adoption of these values across socio-technical systems ranging from corporate management to hospitals and social service agencies.  In leading these changes, you could say that they did nothing less than change the way we think about organizational life.

Questions of adaptivity and change were central to Tavi work.   Their methods surfaced the changes and adaptations that were always occurring in systems stressed by external pressures (economic, technological, social, geopolitical, etc.).  Yet you needn’t get past the cover page of the Festival program to see the problem.  “Reimagining Human Relations in Our Time,” it proclaimed.  “Our time”?  The time of the octogenarian panelists?  Yes.  Our time?  The present?  It was hard to see from the day’s events what reimagining is happening now.  Tavistock researchers are no longer embedded in contemporary organizations like they had been.  My life, spent in high tech, was unaccounted for.  In the Tavi archives, I could read about the unconscious processes of a 50’s management team at Unilever, but I couldn’t read anything about the unconscious processes of an Agile development team or a SaaS sales team in the 21st Century.  In fact, nothing made me think that anyone at the Festival knew what Agile development or SaaS sales even are.

While Tavi researchers had gone deep into the local, industrial social systems that shaped the twentieth century workplace, similar work on our virtual, remote, distributed, volatile work realities was almost completely absent.  In their era, they were rebels: psychoanalysts learned from factory workers’ wives; consultants hacked org charts to reflect the way miners self-organize; and engineers stole ideas for engine room mods from the sailor tinkerers.  But our contemporary human isn’t their industrial human. Even as much of the Tavi’s work actually accompanied the first generation of computers and automation, and even as they wrestled with the social consequences of redundancy and globalization, these dynamics have accelerated exponentially, driven by a current of algorithms, blockchains, artificial intelligences, climate crisis, and digitized self-hood, our tradition isn’t keeping up.

And that’s a shame, for a number of reasons (not least of which is that it’s a lot easier to embed oneself on a Slack workgroup or a daily scrum than a coal mine).  Yet it also feels daunting.  The here-and-now is always more disorienting and anxiety-producing than the past.  Is this sort of work still relevant?  Are we scared that perhaps we’ve become redundant, like the miners and merchant sailors we once studied?  Are we confident enough in our methods to enter a conversation crowded with flashy corporate consulting firms and high-end change management Executive MBA programs?  And what would we find if we went looking?  What if our insights weren’t brilliant like those of our forebearers?

Unlike most of those at the Festival, I haven’t been trained as a psychoanalyst or worked as an OD consultant.  I don’t have a faculty post or a clinical practice.  But I have been in scrums and SaaS sales teams.  I’ve worked in an R & D Lab and have a half dozen patents.  I’ve IPO’ed and crashed, re-org’ed and RiF’ed.  I work on a remote team, have almost all my meetings over video conferencing platforms, and manage my relationships on a CRM and my projects on Gantt charts.  I’ve web-marketed and cold-called; been over- and under-quota, re-engineered sales processes and trained sales teams the world over.  In other words, I have a job in 2017.

If someone is going to think about the systems psychodynamics of the contemporary workplace and demonstrate the way our work can impact organizational life, it seems like I might give it a shot.